Anacapa is a small volcanic island located 28 miles off the coast of Santa Barbara, California. The smallest of the northern Channel Islands, Anacapa was discovered by Juan Rodriguez Cabrillo in 1542. Later, in 1793, Captain George Vancouver christened the island Anacapa, a name derived from the Chumash Indian word, “’anyapax,” which means translates to ‘illusion’ or ‘mirage.’ The island’s name, the only one of the Channel Islands chain to maintain its original etymology, suits the place very well. The low rises of the sea cliffs can often be shrouded by marine haze or fog giving the island an air of mystery.

Anacapa is composed of three islets: East Island, Middle Island and West Island. Altogether, the islets make up a narrow island that is 5 miles long and only a ¼ mile wide. Ocean waves have eroded the perimeter of the island, creating steep sea cliffs towering hundreds of feet in height and exposing the volcanic origins of air pockets, lava tubes, and sea caves. At the east end of the island a natural bridge has formed in the ocean. The forty-foot-high Cabrillo Arch is a trademark of Anacapa and the Channel Islands National Park. The highest peak is Summit Peak 2 on West Island at 930 feet.

Diving at Anacapa Island is known for warmer waters as it is at the southern edge of the Northern chain of Channel Islands that receive tropical currents from the south. Many species that are found at the Southern chain of Channel Islands can be found at Anacapa. Lush kelp beds, Garibaldi’s, brittle stars, giant black sea bass, leopard sharks, and sea lions are common sights while scuba diving.

Photographers enjoy the clear waters and many student divers get their first island dive in its temperate conditions. Anacapa Island generally has calmer conditions as it is further to the east of the prevailing Northwest winds generated off Point Conception. Because of its proximity to the mainland, Anacapa is visited by more divers than any other island in the Northern chain of Channel Islands.

Kayaking at Anacapa is often the exclamation point at the end of a trip with Channel Islands Expeditions. Steep cliff faces, secluded coves, inlets packed with marine life, and beautiful sea caves are among just some of the sights you can explore with our expert guides. Kelp forests and sea grass flourish along this rocky coast, which serve as home and feeding ground for an abundance of wildlife. Though small in stature, Anacapa provides perhaps the most diverse sea cave experience of any of the Channel Islands. The basalt cliffs of the island are easily eroded over time by the sea, leaving spectacular geological formations that you’ll have to see to believe.

Landings are done at a pier in the landing cove at East Island. There is a staircase leading out of the cove up a steep cliff side that brings you to a figure eight-shaped trail system that is about 2 miles long. This trail will lead out to one of the most sought-after sea-scape overlooks in the national park, Inspiration Point. An interpretive trail guide is available on the island to interpret island resources. Middle and West Anacapa are not open to hiking as they are set aside for the island’s recovering sea bird populations.

Sea birds are the most conspicuous wildlife on the island. The largest breeding colony of the once-endangered California brown pelican (Pelecanus occidentalis californicus) is located on West Anacapa. Other sea birds include Western gulls (Larus occidentalis) and several species of cormorants. Scripps’s murrelets (Synthliboramphus scrippsi) and Cassin’s auklets (Ptychoramphus aleuticus) nest in sea caves and on isolated rocky shores. Anacapa’s rocky shores provide resting and breeding areas for both California sea lions and Harbor seals, two species you have a high likelihood of encountering while on the water with Channel Islands Expeditions. Springtime brings colorful flowers, including the strange tree sunflower called coreopsis (Coreopsis gigantea), a plant found only on the Channel Islands and a few isolated areas on the mainland.

On the night of December 2, 1853, the sidewheel steamer Winfield Scott running at full speed crashed into the rocks off Middle Anacapa in dense fog and sank. Invasive ship rats (Rattus rattus) are thought to have been introduced to the island from the wrecked ship. They had devastating consequences for the island’s seabirds and other native species, but were successfully eradicated in 2001–2002. With the rats gone, the number of nesting Scripps’s murrelets has increased by more than 80 percent in the last two decades. This is one of many recoveries following invasive species eradications from the Channel Islands.

A U.S. Coast Survey team visited the island in 1854 and concluded that although the island’s position at the eastern entrance to the Santa Barbara Channel was a natural choice for a lighthouse “it is inconceivable for a lighthouse to be constructed on this mass of volcanic rock – perpendicular on every face, with an ascent inaccessible by any natural means.”

As approximately nine-tenths of all vessels trading up and down the Pacific Coast passed inside the islands of the Santa Barbara Channel, the American Association of Masters, Mates and Pilots petitioned for a proper fog signal on the island. Funds for what would be the last major light station to be built on the west coast were finally allocated in the late 1920s.

The construction of the station was carried out in two phases and commenced in the spring of 1930. A landing dock, a hoisting crane and roads were added first, and then work began on the various station buildings. A thirty-nine-foot, cylindrical tower and a fog signal were built near the highest point on the eastern end of the island. Four Spanish-style, white stucco houses with red tile roofs were provided for the keepers and their families. Today, there is a museum on the island which houses the original crystal and brass Fresnel lens from the light beacon. 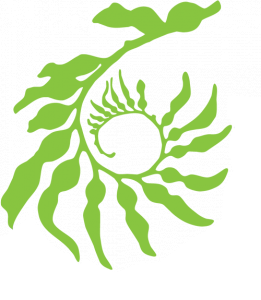